IN today’s supercharged, “if you snooze you lose” atmosphere, many believe if you’re not moving forward, you’re going backward. I don’t subscribe to that theory wholescale, but believe you have to take each issue, each problem, each challenge on its own merits. I am no longer a participant of that particular rat race, which allows me to take a more objective look at the situation. To that end, you may have noticed, recently I’ve been focusing several of my articles on topics that are condensed or boiled-down into five to seven steps.  No, it’s not that I’m into numerology. It’s simple.  I found in my years as a trainer that firefighters when working at improving their skills or knowledgebase often just want the facts.  No frills.  No added steps to take up space, time or memory.  Just give it to them straight.  And, interestingly enough, the message that I try to impart can often be stated in under eight steps or thoughts.  As an aside, why do you think American telephone numbers contain seven-digits? Because it was discovered by Ma Bell that remembering seven digits is reaching the outer limits of our quick recall capabilities.  Not earth-shattering news, but interesting, nonetheless. 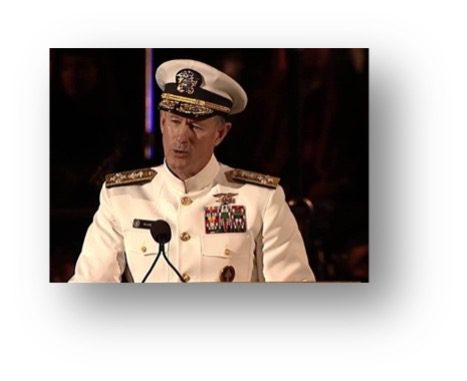 As one actively involved in training, I get my inspiration by reading professional journals – including those that focused on leadership and management, not just operational skills and strategies. Now that I’ve blundered headfirst into the YouTube universe, I found Admiral William McRaven giving his “Make Your Bed” speech for the University of Texas commencement in 2014.  I took the admiral’s ten steps, reduced them to seven that I think most relevant for first responders and translated them loosely into firespeak. These steps can be applied to self-leadership as well as when attempting to influence individuals or groups.

So, in keeping with my mantra – “just the facts, ma’am” here are seven leadership growth habits to address challenges specific to fire and emergency services.

LGH 1: Check your gear every day.

The term “gear” may be misleading as we normally don’t think of our efforts to improve and exercise our leadership skills as being “gear”. But when viewing ourselves in the overall scheme of our abilities, checking and exercising our leadership skills and abilities is important.  These efforts can consist of regularly testing and improving our abilities through education, reading and involvement in promotional exercises and professional organizations. Every day when walking into the office consider doing the following:

On an operational note, it’s interesting and disturbing that some responders rather than going through a thorough and systematic inspection of their protective equipment and tools at the start of their duty tours, simply go through the motions. As a firefighter I once worked with a partner who rather than check fluid levels as was required daily by department policy, adopted a mantra, “If the oil isn’t on the bay floor it’s got to be in the crankcase.” Anecdotally I have heard that some firefighters have adopted the philosophy that if their SCBA buzzes, chatters or rings when actuating it, everything must be okay. Simply a deadly practice.

Fire and emergency services is one of the few occupations that the public expects to receive 100% accuracy in delivery.  Not 99%.  Not 95%.  One-hundred percent!  Every time, without fail.  What do you say to a parent who loses a child because a tool wouldn’t start because someone failed to check the fuel level? Or why that final attempt to find the trapped fire victim couldn’t be achieved because we chose to have that second cup of coffee (or energy drink) instead of completely checking our PPE?* 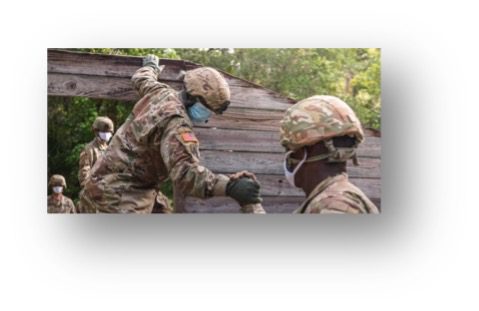 The world is a lonely place, especially when scaling the leadership ladder. The myth of a self-taught or self-made leader is just that – a myth. Whether you want to admit it or not, there is always something or someone who assisted in your rise. I learned early in my career that finding a mentor (or rabbi in firespeak) often makes the journey less treacherous and tedious. Find someone inside or outside the department who bears the scars of surviving hard-fought battles and is willing to share their experiences. Reinventing the wheel seldom occurs in the fire service, so why should you go it alone?

Once you set your success trajectory, don’t forget to pay it forward.  That is, share your knowledge, show where the landmines are placed and help the next leader-in-the-making. In the politicized world of leading emergency services, everyone needs a friend – or two. Don’t forget how you got where you are and who helped you on the way up. It will pay dividends.

NOTE: It’s also important to remember that the toes you step on during your rise to the top may be attached to the butt you have to kiss on the way down the ladder. 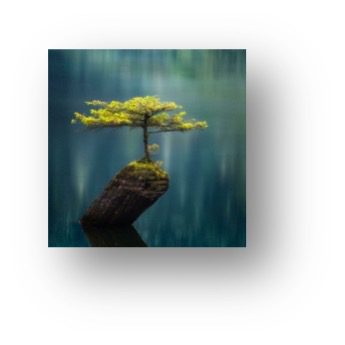 You may have heard “It’s not personal, it’s business” when getting blind-sided or when your career takes a hard left. Take it from someone who has heard that namby-pamby statement, it’s a coward’s excuse for decision-making. If a career decision is made that negatively affects you, your family or those close to you, it’s personal. Don’t be fooled by those who don’t or can’t own up to their actions.

Sometimes the universe (your department’s leadership, your supervisor or some other decisionmaker) won’t or can’t recognize your efforts or commitment to a cause. If it’s a just cause, don’t give up. Find supporters, other advocates or someone else who can push the cause for you.

LGH 4: Learn and grow from the chaos.

Some may find this had to believe, but there is a seedy side of the City Beautiful where Walt Disney World resides.  I know.  I spent four years serving at the busiest station surrounded by adult entertainment venues, drug dealers and those of the underworld.  And just a mere 10 miles away as the crow flies from Happy Happy land. As a young chief officer supervising 18 paramedic units I learned very quickly what desperate people will do for money, drugs or sex.  I had to learn quickly how to survey a scene, gain and maintain situational awareness, manage risk, and think fast on my feet. 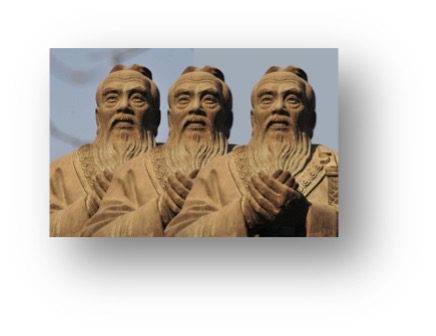 In today’s society, there are few (if any) fire and emergency service responders who haven’t learned those skills above.  I believe Confucius once said, “Let every man be your teacher.” Whether you think the guy (or gal) is an idiot, you can always learn something from them. Watch how your competitor handles certain situations. If he/she is successful, input it into your personal brain box hard drive.  If they were unsuccessful, take note of it as well and learn how to solve said problem – or avoid it when necessary. Take notice and add data to your personal hard drive so you can apply appropriate solutions to certain problems. Study losers and winners.  Learn from them all.

LGH 5: Know when to punch the shark in the nose.

There will be times as you start your trek to the top when sharks begin to circle. They may be competitors. Someone you inadvertently insulted in the past.  Or someone who likes to play the spoiler character just out of shear boredom or a sick sense of humor. Here are a few truisms from a former player of the political hunger games.

LGH 6: Shut the valve before the alligators arrive. 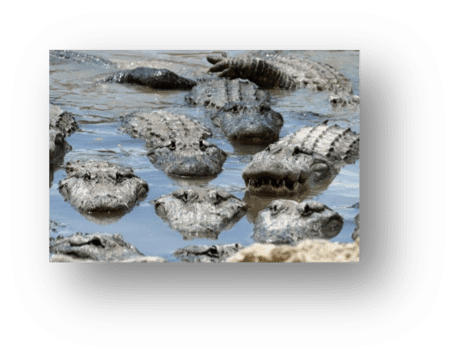 There is a saying that goes something like, “It’s too late to worry about shutting the valve when the alligators are gathering around you”.  The message here is always remain situationally aware of your political surroundings. Take note of the threats around you and never dismiss a threat.

So, what if you perceive or discover a challenge or threat? In an example of art imitating life take a few hours out of your day to rent or stream ‘The Martian” starring Matt Damon.  In addition to great cinematography, the message about solving challenges presented by a series of disasters while existing on a planet 140 million miles away from Earth comes through at the end in simple terms.

When faced with a catastrophic failure or a series of challenges, break it into smaller problems or parts.  Solve each problem. Then the next. And the next. Before long with ingenuity, remaining emotionally focused and a little luck you’ve solved the bigger problem. Below is a problem- solving approach suggested by FEMA. While it may have limited effectiveness during a fast- moving event, given time, many problem can be solved using the matrix. 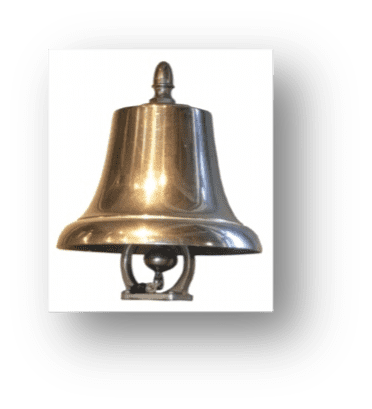 Dealing with the public under high-stress situations is never easy. Add to that a staff that may not be up to the task or not completely on board can cause many personal and professional challenges.  For example, upon your arrival at a new position that entails having to deal with a former colleague who holds the position of fire chief for twenty-two years.  The only notable accomplishment?

Changing the color of apparatus. And while professing to be your ally, constantly throws banana peels in your path could cause one to throw in the towel.

Given this situation and after much introspection and weighing the odds of success, mount your campaign to adopt or overcome the tide of opposition and develop a game plan that begins by developing a strategy to build upon one’s own long-term goals (with your decision maker’s approval), set out for a long campaign and put it in motion while analyzing and taking the political temperature all along the journey.

The outcome can be:

Unless imminent failure is obvious, and former supporters abandon you, continue the good fight.  Ensure that the effort is righteous and continue.  Never accept defeat.

*If you want to delve more into robust, focused inspection program, read the book The Checklist Manifesto by Atul Gawande. Enclosed are stories and solutions related to why surgeons, aircraft pilots and others in critical performance delivery professions rely on systematic list checkoffs versus memory for critical equipment use and support.