Summer is the start of the party and celebration seasons. The warm weather lends itself to beachgoing, volleyball and music concerts.  It seems like every local yokel with a guitar and a few musically-inclined wannabes can get a crowd together with a few taps on their favorite social medial platform and before you know it 5,000 inebriated “yutes’ are swinging and drinking to Billy Bob and the Blowouts.  Then, summer surrenders to the fall festival season for craft shows, foodie extravaganzas and sheep shearing contests. 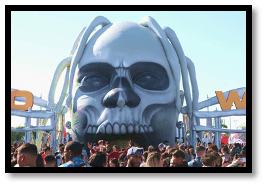 Now, you may wonder, “What’s this have to do with me and my department?” Well, if your department is anything like the thousands throughout the land, it invariably gets tagged with the responsibility to provide protection for these planned or spontaneous get-togethers. Either because we’ve been included in the planning and preparation for the events or department leadership figures as soon as the first well-meaning drunk comes the defense of his/her main squeeze and takes a poke at the offender; you will be there controlling and patching up combatants during or after the melee.

So, this brings us to the topic at hand crowd control – or more to the point operating before, during or after a crowd surges resulting in dozens, perhaps hundreds of injuries and/or deaths. Crowd surges have been documented as far back as 80AD. In more recent times there have been crowd surges or crushes (I use these terms intermittently as a means to simplify the phenomenon to better illustrate emergency services operational needs.):

While many deaths occurring at the incidents above were related to fires, many were directly attributed to crowd surge causing deadly crushing or trampling injuries. Asphyxiation was often the listed cause of death.

I recall and event experienced while serving as the fire chief of a countywide fire department in the Orlando-metro area.  Every year since the mid-1990’s a group of individuals all converged on a venue that served as a theme park featuring trained horses prancing around an arena while occupants ate dinner.

Annually during a weekend in May, the arena was rented out to a promoter so 5,000 party-goers could experience an all-night dance rave.  Prior to the crowd showing up for the disco blowout excessive drinking in the parking lots was the order of the day.  Once midnight approached, all drinking ceased, and the crowd began to flow into the enclosed arena with crowd control loosely managed by law enforcement. Unfortunately, shortly after entering the venue participants began to consume GHB*. The result was a prolonged follow-up event with dozens of party-goers experiencing semiconsciousness and fainting.  It was not uncommon to have 2-3 seizures occurring in the patient triage area.

During my first year at the helm while digging into operational plans and procedures, I reviewed special event service requests to ensure adequate coverage and appropriate safety considerations. To my dismay and concern, service delivery plans were grossly inadequate. The plan for the annual rave? One two-man paramedic unit and one mid-level supervisor positioned outside the venue awaiting for the inevitable onslaught of patients!  Following discovery of this essentially non-existent plan we began developing medical strike teams to ensure adequate coverage as well as protection for onsite crews.  Many of the recommendations below are a result of those planning and operational sessions.

One may ask, “Why not just apply your ASHER plan to this type of event?”  Because 1) the predominant types of injuries at active shooter events involve blood loss, and 2) active shooter events are most often smaller in geographic scale, relatively concentrated in a more compact area and the survivors are often (not always) gone from the scene thus not impeding access to or egress from the immediate active emergency area. In other words, developing a catalog of plans that more closely address the unique dynamics of the predicted events: shooter, civil unrest, severe weather, sporting events, etcetera.

As in all things in life, there are exceptions to every rule. Depending on the event’s “personality” crowd surges can take on different effects, but in almost all occasions the result is grossly overcrowded areas impeding access to and egress from the immediate area, thus significantly hindering medical treatment and transport and ultimately endangering the entire population – attendees and responders.

Regardless of the event, the crowd of spectators, party-goers or passive attendees all share one attribute.  They all run the risk of experiencing one or more of the following should an event evolve into an incident.

Do your homework by researching past events.  Read about the Hillsborough (United Kingdom) Football Stadium incident that occurred April 15, 1989, where 766 attendees were injured (including 97 deaths) as a soccer crowd surged forward crushing occupants as the surge barriers failed and landed onto the crowd below.   Or the Astroworld concert (November 5-6, 2021) in Houston where 10 concert-goers were crushed and asphyxiated.

The Hillsborough disaster found there was an absence of proper police control resulting in a senior police commander being charged with 95 counts for manslaughter. Reading and comparing the causes and outcomes of these incidents is neither an indictment of the emergency services or a criticism of planning and actions.  Rather it is intended to add to one’s knowledge base to protect the public and responders. 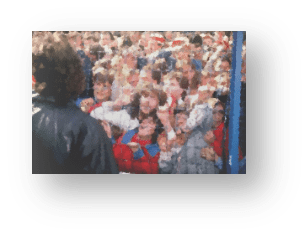 Some jurisdictions where annual events occur already have special event planning committees established, but often strangely enough don’t include fire and/or EMS representation. That is because these pre-established planning groups focus on the financial aspects of events. There’s a saying, “Safety doesn’t make money.”, that acts as a fundamental belief.

Establish or become intimately involved in the activities of those responsible for planning and preparing for events of all sizes. If your jurisdiction doesn’t have a standing event planning group, establish one, which should include:

Learn as much as you can about crowd surge:

especially when dealing with events serving more than 250 occupants

Whether you choose to become certified as a Crowd Manager (CM) or apply the concepts of a crowd managed event, better outcomes are more likely if the following points are addressed.

The days of passively sitting back and allowing promoters to advertise and hold concerts, tractor pulls, beer drinking and axe throwing competitions in your jurisdiction without you getting intimately involved in the preparation, planning and training for the disaster to occur are over.  Notwithstanding the legal threats that first response agencies face, the dangers responders and event attendees ultimately experience can be – and often are deadly.  Points to ponder as an overall vision to pursue: