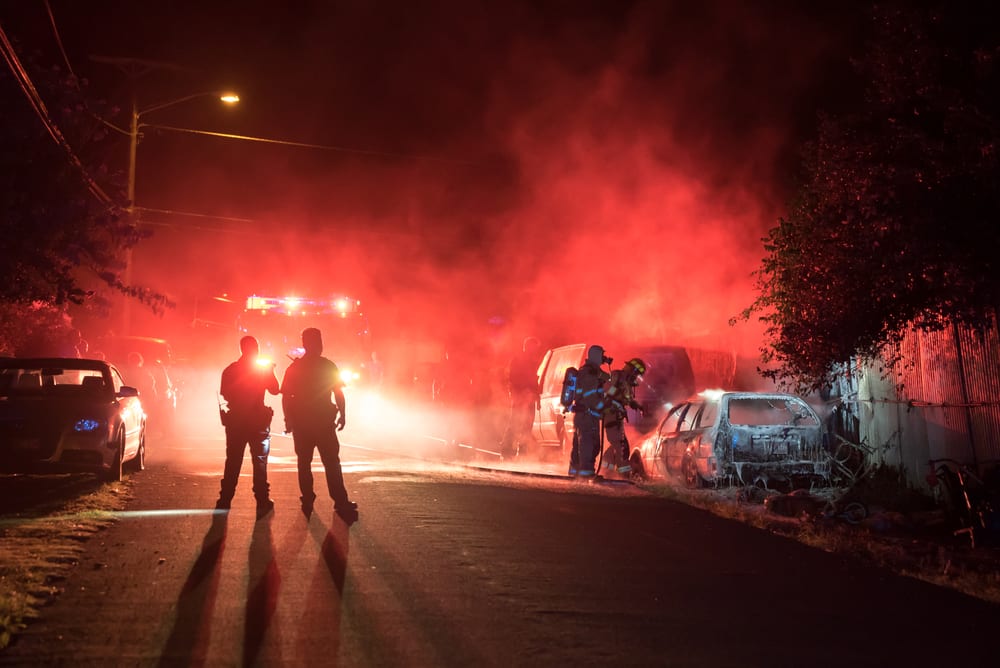 There’s a saying: “You can’t help them if you don’t get there.”  So, the first thing to remember during response is to do it safely.  Studies conducted by government and private entities show that fire departments are some of the safest emergency responders.  A 2017 study found that fire responders experienced a response fatality rate of 0.04 percent. Even at that comparatively positive news, a Washington Post 2015 study discovered that of the 829 firefighter LODD’s in the previous decade, 20% occurred responding to or returning from scenes. Emergency vehicle crashes resulting in fatalities occur 20% of the time on interstates, 18% of the time at intersections, and on secondary roadways 10% of the time.

Recently, fire and emergency services have experienced several vehicular crash-related injuries, near-misses, and deaths responding to, operating at,or returning from incidents. During response your senses are bombarded by stimuli – oncoming vehicles, rapid-fire radio traffic, vehicles – both civilian and emergency approaching from side streets or simultaneously entering intersections; to name just a few of the many distractions. Your pulse and respirations increase along with your blood pressure and your other senses become hyper-tuned.  Were it not for the training that most emergency vehicle operators receive, the accident rate would be much higher.

A study conducted by the Emergency Vehicle Safety Initiative in 2004 stated there was “…no comprehensive database for fire, law enforcement or EMS to identify factors involved in vehicle crashes.”  In a 2020 report, the Fire Apparatus Manufacturers Association found that those reports that do exist may or may not include information related to volunteer responders.

The Fettow Law Group provided these notes and statistics in 2018, which help to paint a picture of the risks we as responders take and the risks citizens experience when accidents occur between them and emergency vehicles: “Emergency vehicles like fire trucks, ambulances, and police cars are involved in accidents more often than you might think. Fatalities caused by collisions are 4.8 times higher for emergency responders than the national average.” Statistics often tell a lot about our actions…and sometimes they tell very little.  However, the statistics below paint an interesting picture that we as responders should take to heart.

To address the ongoing challenges, the United States Fire Administration developed several pointers in a program titled Alive on Arrival for operators, crew members, and officers to ensure the safety and welfare of all.  Although primarily focused on fire operations, these tips can be adapted to other emergency disciplines. The recommendations are not intended to change departmental guidelines or policies.  In most cases, they enhance guidelines by improving the overall safety while operating, riding or working around emergency vehicles. And while some of the tips may seem obvious, spending a few minutes regularly reviewing the tips can support constant efforts to improve driving and operating habits to ensure safety for all.

If you are an emergency vehicle operator:

If you are an emergency vehicle passenger:

If you are working the scene: 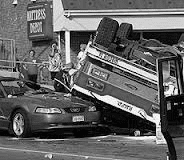 And for those who have stepped up to the plate and accepted the responsibilities of leadership as the officer in charge, remember – you are responsible for safe and prudent operations of the emergency vehicle and for the welfare of all passengers and the public.  Oftentimes during an emergency response, this requires a no-nonsense attitude to remind all members of their responsibility for their safety as you firmly encourage all to remember that if you don’t arrive, you can’t help.

Frank Montes de Oca served as a firefighter/paramedic for over 38 years holding the positions of fire chief in Springfield, Ohio and Osceola County, Florida, and Emergency Services Director in Orange County, North Carolina.  Throughout his career Chief Montes de Oca has advocated for responder safety, leadership development, and managing organizational change. He is an adjunct instructor for the National Fire Academy, and credentialed to present training programs for OSHA and the EPA.  He can be reached at frm1@me.com or www.responder1.org.