In the first post (#001 – I’ll Just Call You Taco) describing my fire service initiation, I introduced the man who started it all – Chief Willard Harold Mayo. Some of us called him Willie – but not to his face.  And, don’t think for a minute you don’t have a nickname that your colleagues call you.  Some flattering and some…well, you know who you are. And, although he couldn’t pronounce my last name – thus tagging me “Taco,” he had a great influence on me. More than I realized until recently.

Chief Mayo was old school. Direct. Determined. Honest. My way or the highway kind of guy.  Three-hour training nights every Thursday starting precisely at 1800. And every other training session included conducting the 6-man, 35-foot ground ladder drill – focusing on the correct use and placement of the tormentor poles. In my eight years at GDFD, this ladder was never deployed.  But if we ever needed it for real – we were ready!

One never had to guess where you stood with The Chief. If you didn’t understand something, he would work with you – sometimes in painful terms…but inevitably you would understand. He often quoted his “go-to” verbum: “If it moves salute it.  If it doesn’t, paint it.” That mantra resulted in the undercarriage of all frontline engines being “washed and rinsed” with kerosene to dilute the road grime and grease every Saturday. Don’t ask where the runoff went. Washing, waxing and buffing both station bay floors – every week. Regardless of the weather (read that rain) the vehicles returning from calls would be rinsed and/or washed and dried before finishing out the call.  WITHOUT FAIL.  I recall going to six calls in the rain one night.  After EACH call the units were rinsed and dried.   I pondered that night, “What’s the definition of insanity?”  I had just started community college and thought of myself as a firefighting philosopher.  The result of all of these seemingly pointless cleaning efforts? A small, effective, efficient all-hazard fire rescue agency proudly serving a suburban/rural fire district in 1970’s Central Florida.

I recall reporting to work one day precisely at 0700. You could commit any number of infractions and Willie would often see to a fair, relatively painless punishment.  But, if you were late for shift change twice, you were a memory. The talk in the station was the new quick response rescue squad we were getting. Remember, this was the Johnny Gage and Roy Desoto era (Google them if you don’t know who they are) and a non-transport, small, agile squad was what LA County Fire Department had and all newly-minted paramedics wanted!  It seems a young, up-and-coming ass-kisser who eventually became the department chief leader head convinced Chief Mayo that medics needed a non-transport, quick response unit.  Captain Ass-Kisser attended a paramedic class and was by virtue of being able to pronounce “big medical words,” the appointed EMS guru. Fortunately for the patients we served, he flunked out (I guess not enough pictures and too many big words in the EMT manuals) and then focused his many ass-kissing talents on his dream of leading. 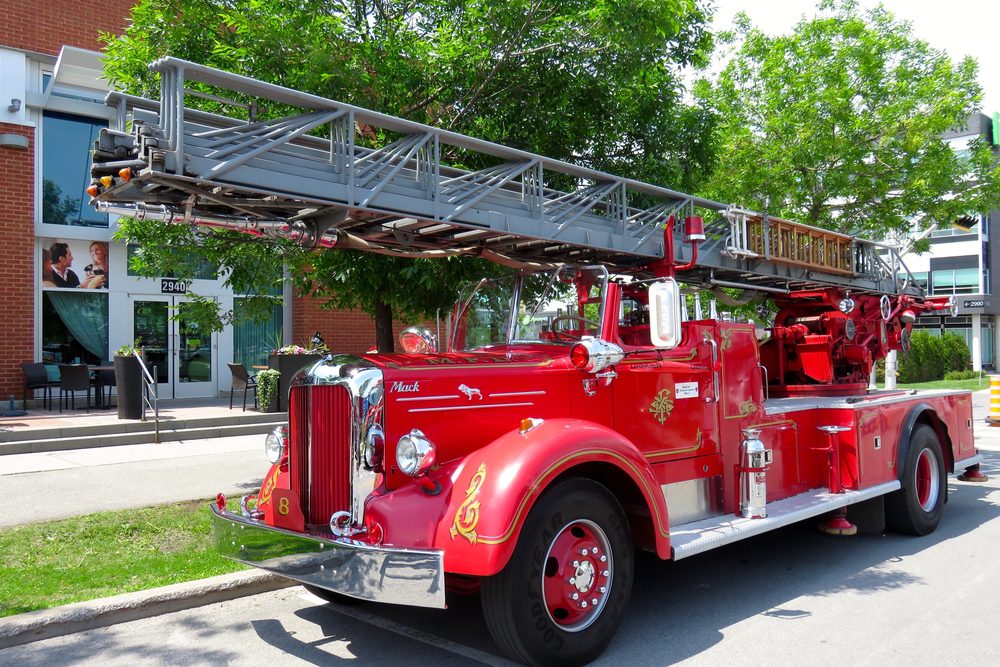 Back to the squad. Willie was a forward-thinking leader, but unfortunately a very frugal man. Instead of purchasing a squad unit, built by a commercial squad-builder, the chief commissioned it to be built onsite by the ever-capable (and I say this with all due respect) Theron Vernett (TV) Tanner – Assistant Chief, former car repair garage owner, ace mechanic and softball pitcher extraordinaire. So, three months after starting the project, Rescue 8 was placed in service.  Complete with 200-gallon water tank, Jack Cocke centrifugal pump, 200 feet of booster line and the largest CO2, pre-plumbed extinguishing system I had ever seen in my up till then short professional firefighting career!  R8’s mission – responding to auto accidents, small fires and backup up to Rescue 63.  One problem…the CO2 tank and extrication equipment (Hurst Jaws back then weighed 70 pounds) was so heavy, the rear axle had to be modified to accommodate dual wheels and suspension springs strong enough to carry six-large truckies or 24 normal medics.

I recall one night responding with Aaron Lilly (a normally nervous guy) to an auto accident near the Sears regional warehouse – where we would practice the 35-foot ladder evolution every other Thursday night.  As we crossed the railroad tracks, Rescue 8 switched lanes just as a car approached us from the opposite direction.  As my partner screamed (and maybe me too), he jerked the wheel to the right thus averting certain disaster.  Seems the springs were so stiff there was no cushion other than that which the tires provided. Thank you, Willie for insisting on daily vehicle checks and Saturday bumper-to-bumper inspections!  While traversing the tracks, the severe bouncing caused the vehicle to “autonomously” shift eight feet to the left…take that Elon Musk!

Following that event and a few more similar occurrences, members “demanded” the unit be taken out of service.  Now, remember this was in the mid-1970’s and the IAFF hadn’t yet gained a foothold in Central Florida.  As such, we hadn’t learned the use of “safety” as the go-to term to get changes within the department when you couldn’t think of a real reason.  In this case, I think using the term “safety” was reasonable.  So, followed many weeks of talking, gnashing (does anyone really know what gnashing means?) of teeth evolving into anger and terse words.  Finally, after many discussions, secret meetings with union organizers, and probably a little backdoor dealing, Rescue 8 was taken out of frontline service.

Is there a moral to this story?  Yep…a few.  First, don’t accept new equipment as the answer to your needs at face value.  It could be a potential deathtrap in disguise.  Second, not all ass-kissers are evil, incompetent or cowardly…but many are. Third, creating a strong, consistent work ethic within your agency, team or life will reward you throughout your career. Fourth, innovation (such as building your own rescue unit) can sometimes result in saved money, but often results in ultimate losses.  That is not to say that departments who operate on a tight budget shouldn’t be creative and self-sufficient, but be extremely careful when doing so. Fifth, learn from everyone.  I believe Confucius said, “Let every man be your teacher.”  Look at me I really am a philosopher!

Finally, lead with your head AND your heart.  Respect everyone and endeavor to be the best you can be for the right reasons. Thanks, Chief Mayo.